TinyU Games - Fun and Educational Games for Kids»Read»Guest Blogger»Learning at Home: A Focus on Mathematic

Learning at Home: A Focus on Mathematic

Children are able to learn number concepts and skills from an early age when they are at home and with their families. Before beginning school, children often know the names of many numbers and can even recite basic forward number sequences. Then the fun of Kindergarten begins and parents are able to watch the rapid growth that takes place as their child takes off on their learning journey.

My number one tip for all parents who engage their Kinder, or pre-Kinder child in learning opportunities at home is simply this – ensure that it is an enjoyable experience. Parents, think of your role as the one who gets to introduce your child to an important concept – learning is fun. If this belief is embedded into your child before they start their schooling career, Oh the places they will go!

I’m a primary school teacher who has been teaching for over a decade and I’m also the father of two girls, one who is in Kindergarten and the other who is of Preschool age.

If you are a parent of Kinder or pre-Kinder aged children then here are two simple educational things that I’d like to share with you that I do at home with my girls because it’s fun and because there are the rich, educational benefits.

This is an easy game that I started playing with my eldest daughter when she was just 4 years old. She is 6 and a half now and we still occasionally play this one (it’s easy to increase the difficulty!). All you need for this Maths game is a packet of paper cupcake pans and some jelly beans. At the base of each of the cupcake pans write a numeral (a number, e.g. ‘3’) in permanent marker. When you have created a range of numbers turn the cupcake pans upside down. Ask your child to choose any three cupcake pans to turn over to reveal the written number on their bases. After your child reads (says) the number challenge them to place the correct amount of jelly beans inside each of the numbered cupcake trays. This can be first modelled by you for a turn or two or simply completed together until your child understands the game and can do it independently. Then it’s time to check together (checking is an important Mathematical strategy that can be learnt at a very early age), if your child is able to get each of their jelly bean numbers correct then they can eat one of the jelly beans! If there is an error, then simply revise that cupcake pan together until it is correct – then they still get to eat the jelly bean (the key is ‘fun’ remember and it’s a good lesson that persistence pays off!). 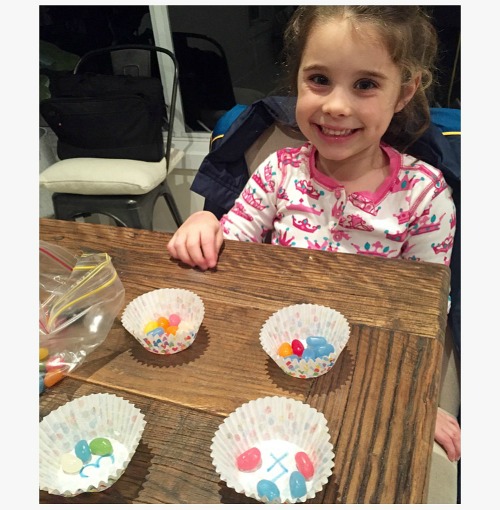 The Jelly Bean Number game develops the very important early Mathematical skill of ‘one-to-one correspondence’ – meaning one object has the value of one. To have a holistic knowledge of numbers an individual needs to understand three basic things: its symbol (4), its collection (❖) and its number-word (four). Any activities that you as a parent can create at home that help promote the interconnection of these relationships will benefit your child’s conceptual understanding of numbers.

Sneak a look into any Kindergarten classroom and challenge yourself to find some wall space that is free and unused. Teachers understand the value of having a visually rich print environment on their walls to support learning. Well, this can be done at home too.

In my 6 year olds bedroom I have Blu-Tacked some numbers on the wall beside her bed. A year ago the numbers were all in a straight line from one edge of the wall to the other because I wanted her to understand that numbers are linear and continuous. Now that she comprehends this adequately I have set the numbers up in rows so that she begins to understand the repetitive patterns within numbers and their place value. 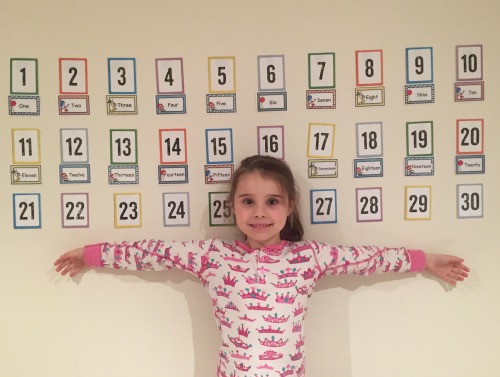 Under most of the numeral cards is the matching number word, this is to help her to connect the number symbol to the number word (and vice versa). I often play a range of short games with her that involve the visual number line and some simple, thought provoking Mathematical questions. Examples include – after covering a number with my hand asking, ‘What number am I hiding?’ (introducing her to the Mathematics sub-strand ‘Patterns and Algebra’) or Where is the 10 digit? What comes after the 10? What comes before the 10? (developing her proficiency in basic counting sequences). But by far her favourite game with the number line is one that we call ‘Sneaky Number’. This game involves me swapping one of the numeral cards at some point when she’s not around and placing it in an incorrect position between two other numbers. When she’s home, sooner or later I hear her call out from her room, “Sneaky number!” as she has discovered the sneaky number that has moved itself somehow to an incorrect position. She now actually is able to return this number back its correct position on the number line. The learning opportunities here with this visual display are vast and can be incredibly simple!

I wish you all well in supporting your child’s learning journey. Parents, please remember you have a very important role, you are the one who helps your child establish the early mind-set that learning is fun. 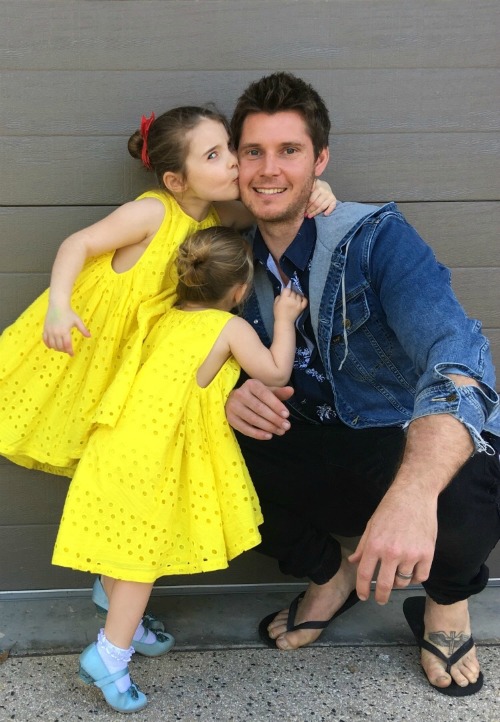 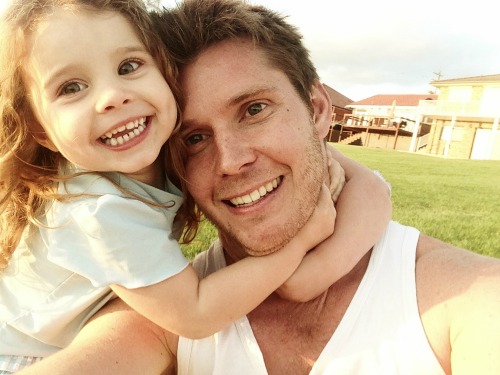 Geoff McGowan
My name is Geoff McGowan and I am a husband, a father of two girls and a primary school teacher who has been teaching for over ten years. I am passionate about assisting each one of my students to become confident and successful mathematicians. 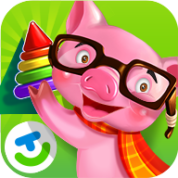 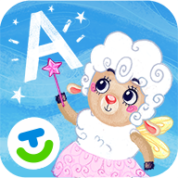 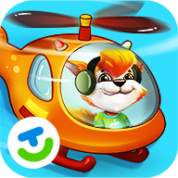 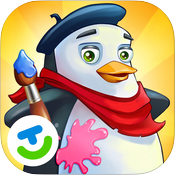 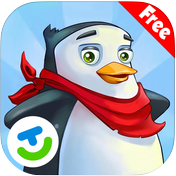